An high performance autoloader for PHP

Example code of AutoLoadOne Library for PHP 5.6 and higher.

The source code of the example

Why we need this library? 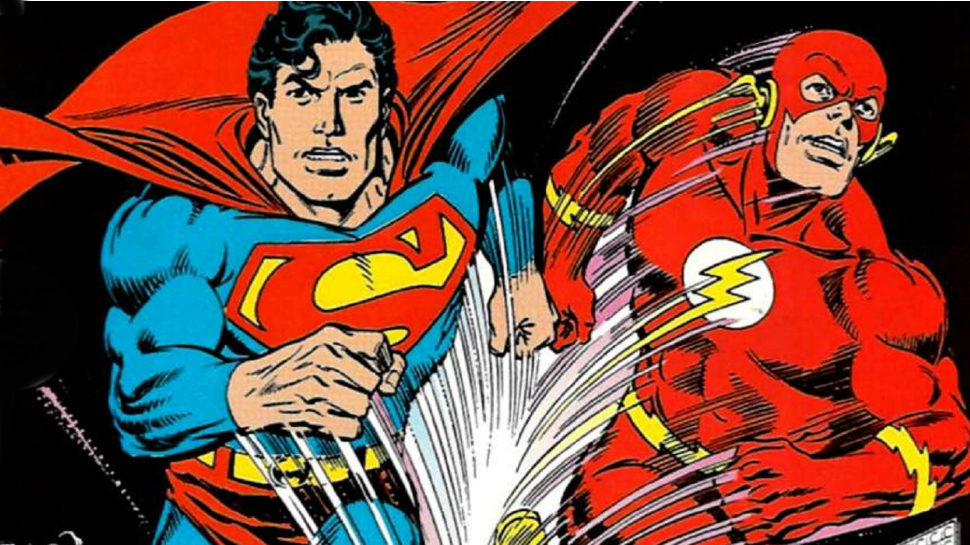 What is an autoloader?

Let's say the next example

To runs this class, we need to include it using our code.

But what if the class SomeClass calls another class or we call more classes?. Then we must include it manually and so on. If the include is called more than once, then the system could fail. We could avoid it using include_once but it doesn't solve all troubles.

When we use an autoloader, it loads the file only when it is required.

Composer's Autoload uses the next strategy. It relies on composer.json to configure and creates the namespace. But it requires that our code follows a strict guideline (or two), PSR-0 or PSR-4.

However, this autoloader does the next operations:

This concatenates with $vendorDir is executed per request x class requested. In a plain Laravel project, it is called +600 times.

Since it is called per request, then it could hurt the performance of the system. For example, if 1 customer call the website and he does 9 ajax calls, then he is doing 10 requests.

The information in AutoLoadOne is store simply, example:

So, it is not encoded, neither it calculates the relative folders each time. But it also has an extra optimization. It could be edited manually.

If a folder is used more than once, then it could be resumed (to save memory) as

If we want to call the class example\folder2\Class1, then the system reads the second array and creates the full path with it. This conversion is only executed when the class is requested, so it doesn't harm the performance if the class is not called.

It works with any case, PSR-0, PSR-4, no namespaces, different folders, and even no classes. If you are using PSR-4, it works out of the box.

How to start it.

Or you can install via composer

This library doesn't have any dependency, so it could also be downloaded and copied in any folder.

2) create the next file in the root of your project 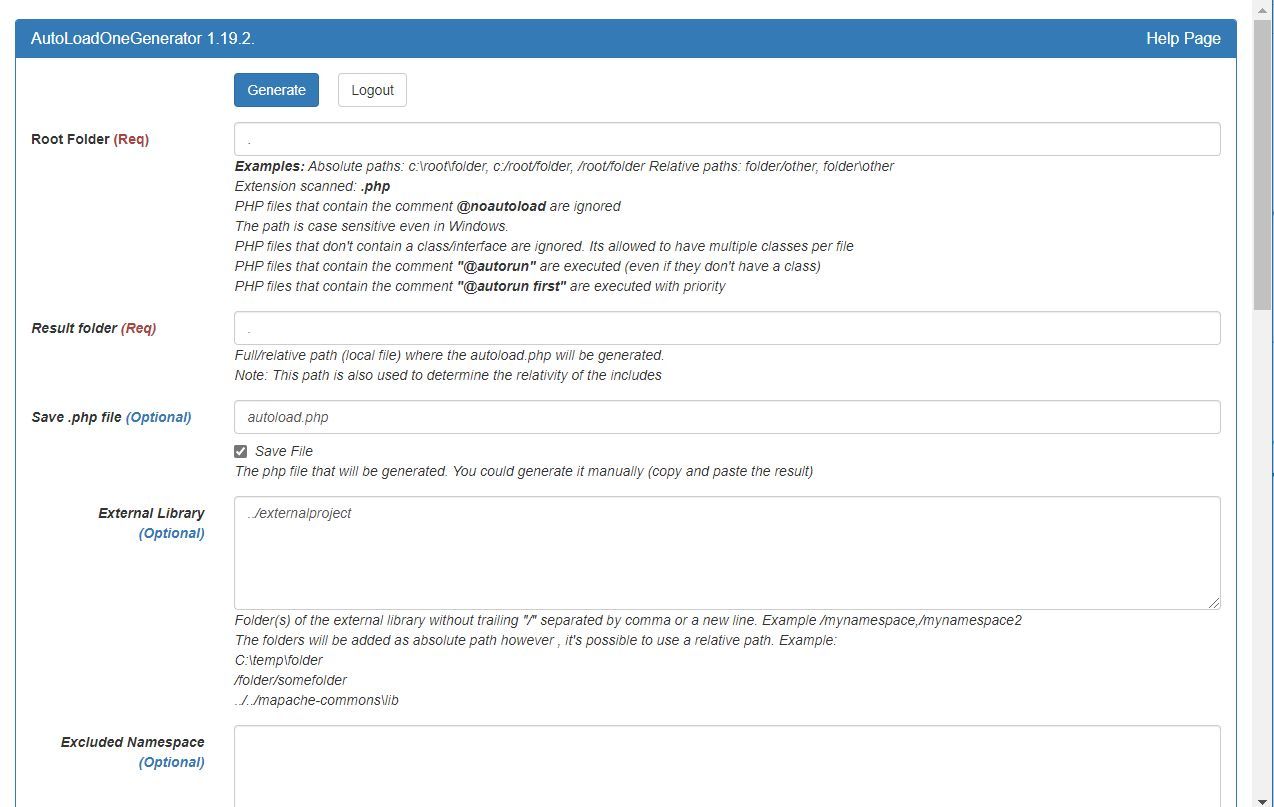 This code scans the folder and adds the classes, interface, structs, and simple PHP files and collects if there is information to store. It could take a while (depending on the size of the project). You will need to run it every time you add a new PHP file unless you are a new class in the same folder and using the same namespace than other classes (it is what we do it anyway)

It will generate the file called autoload.php and it is our autoload.

First, this generator or autoloader doesn't require a specific structure folder or even edit the composer.json. This library ignores composer.json.

A simple folder and a class

Let's say the next class, where the name of the class is equals to the name (SomeClass) of the file (SomeClass.php). How we could add this class to the autoloader? If the class is inside the root folder, then it is already included.

The library generates the next line inside autoload.php

It says that if we want to look at some class with the namespace example\folder, then we will look at the folder called "folder".

Why we need a file with multiple classes? Sometimes we need files that are strictly coupled because of the business logic of the project or because we want to reduce the number of files of the project.

AutoLoadOne stores all classes inside this file as follow

Since it is a simple file with two folders, then includes the autoload.php differently than a simple class. It says, if we call the class "example\folder2\Class1", then we call the file '/folder2/MultipleClasses.php' and so on.

AutoLoadOne associates the namespace with the folder, so it is an efficient way to work.

We don't need to run AutoLoadOne again if we add a new class in the same folder and in the same namespace.

Library outside of our root folder.

In our interface visual (web), we could set many configurations, including to use a library in any other folder (relative or absolute path)

In this example, we will use a relative path.

? external project/somefolder/ClassExternal.php <-- the class that we want to include.

It is also possible to add and execute a PHP file without classes. For this, we need to add a comment in any part of the file.

It does a directly include the file.

The system also allows us to include a file with priority. To do this, we need to add this comment in any part of our file

It is called before the regular autorun.

This library also allows us to exclude files using folders and/or namespaces.

For example, this library founds automatically the classes of composer (that we don't want to load). We could save some ram by removing it. We could remove via folder or namespace